Historic McKenzie & Willis Façade to be Preserved in Design Build 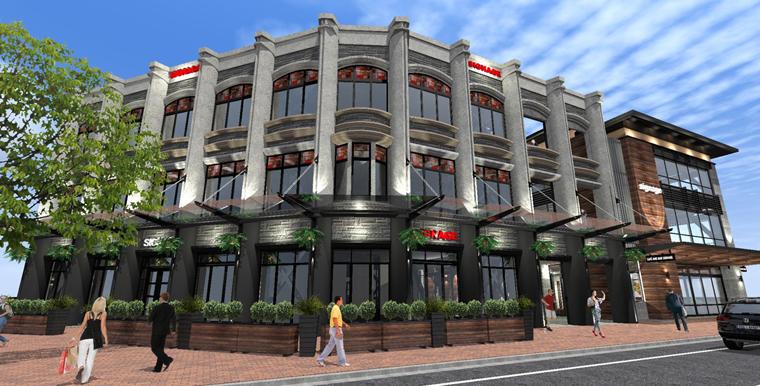 The historic McKenzie & Willis building façade in Christchurch, which sits in the Innovation Precinct, will be saved in a deal brokered with local property investor Richard Peebles.

Peebles is in negotiation to buy the landmark site on the corner of High and Tuam Streets, and will work to preserve the façade in a design build joint venture with family shareholders of McKenzie & Willis. The cost to fully renovate, restore and incorporate the façade into the new development is estimated at $3-4 million. The completed development, combining stages one and two will cost $40-50 million.

Bill Willis, Managing Director of McKenzie & Willis, said the retailer had spent years considering the best options for the site and searching for a solution that would ensure preservation of the historic three-storey façade, designed by England Brothers Architects for A J Whites and dating back to 1911.

The bulk of the building behind the facade had to be demolished after the February 2011 earthquake and parts of the facade were dislodged. It is now being partly supported by a temporary steel frame built along Tuam and High Streets, but work on attaching the frame to the facade has not yet been finished.

“This building is special to us and holds many memories for our customers and staff. Richard Pebbles has an understanding and empathy for heritage in Christchurch and we’re delighted that he’s developed plans for a building that saves and incorporates the façade. Any new development would require the skills and expertise of an experienced developer and the opportunity to work with Richard and save the façade presented as the very best option,” Willis said.

“This agreement also allows us to continue to focus our attention on our retail operations.”

Peebles said he decided to buy the site because of its strategic location within the Innovation Precinct and the commitment of companies such as Vodafone and Kathmandu to the area.

“We’re receiving significant enquiries for tenancies in the Innovation Precinct, which encouraged us to proceed with the development. The interest and subsequent commitment from the Wynyard Group underpinned our confidence in this location and was fundamental to the façade’s retention.

“There has been very little retention and restoration of historic buildings in the rebuild and we felt it is important to attempt to retain this particular McKenzie & Willis façade.”

Both Peebles and Willis acknowledged the support of the Christchurch City Council and Historic Places Trust in assisting with the restoration.

Willis said “It was a significant change for us, however, throughout our 108 years history, McKenzie & Willis has moved a number of times from its original location in Cathedral Square, to the old ‘Queens Theatre’ on the corner of Hereford and Colombo Streets until finally the Tuam/High Street site for which it is most well-known.”

He said McKenzie & Willis would continue to consider its options for a return to the central city.

“We will always look for what is the best location to serve our customer base. At this stage we have five more years to run on our lease. In that time, we expect significant change in the city’s shape. It would be nice at some stage to have a retail representation back within a new and thriving city centre”.