The Registered Master Builders House of the Year Awards is an annual competition celebrating building excellence in New Zealand. We have supported the event for many years now, sponsoring the McKenzie & Willis Interior Design award in the both the Canterbury and Southern events. This prestigious Lifestyle Award is awarded for excellence in workmanship, creativity and innovation. 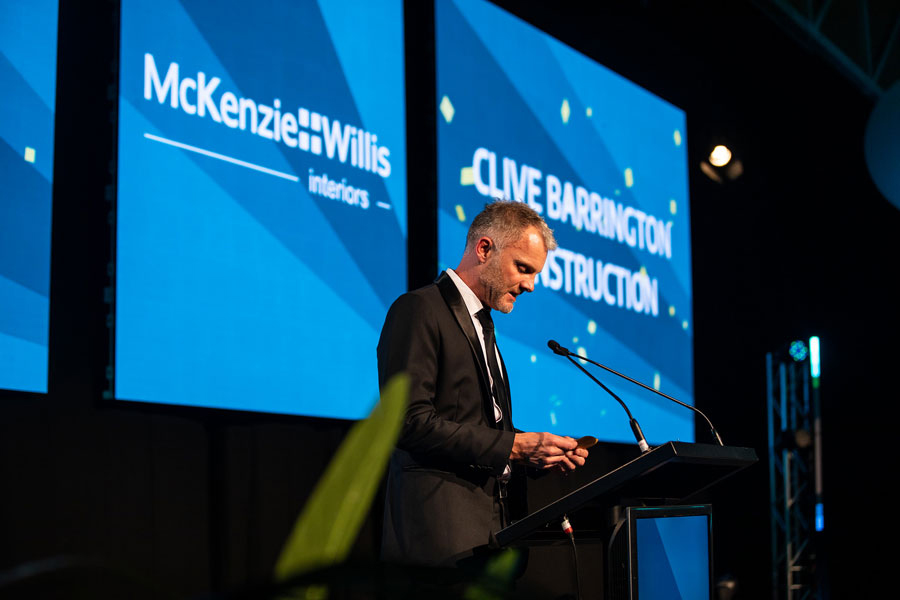 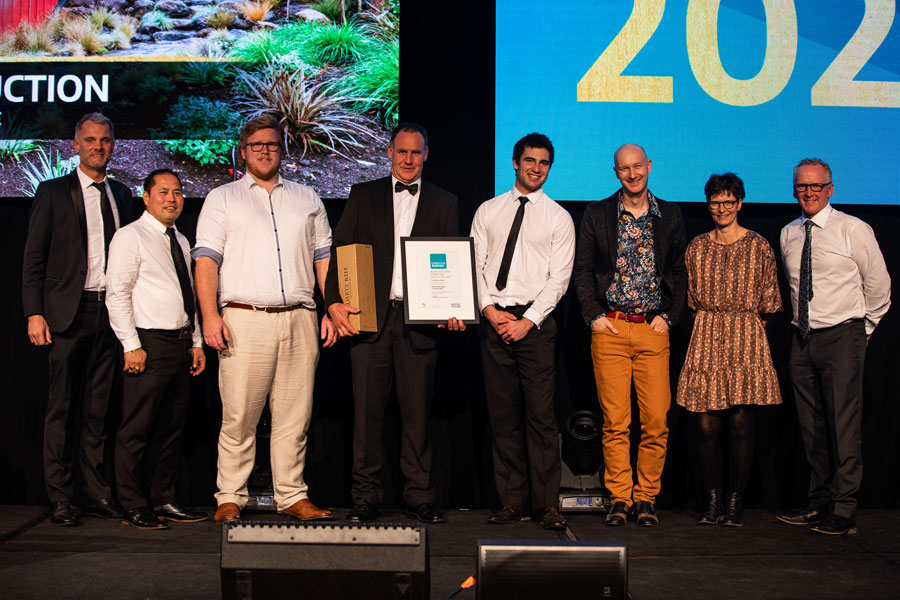 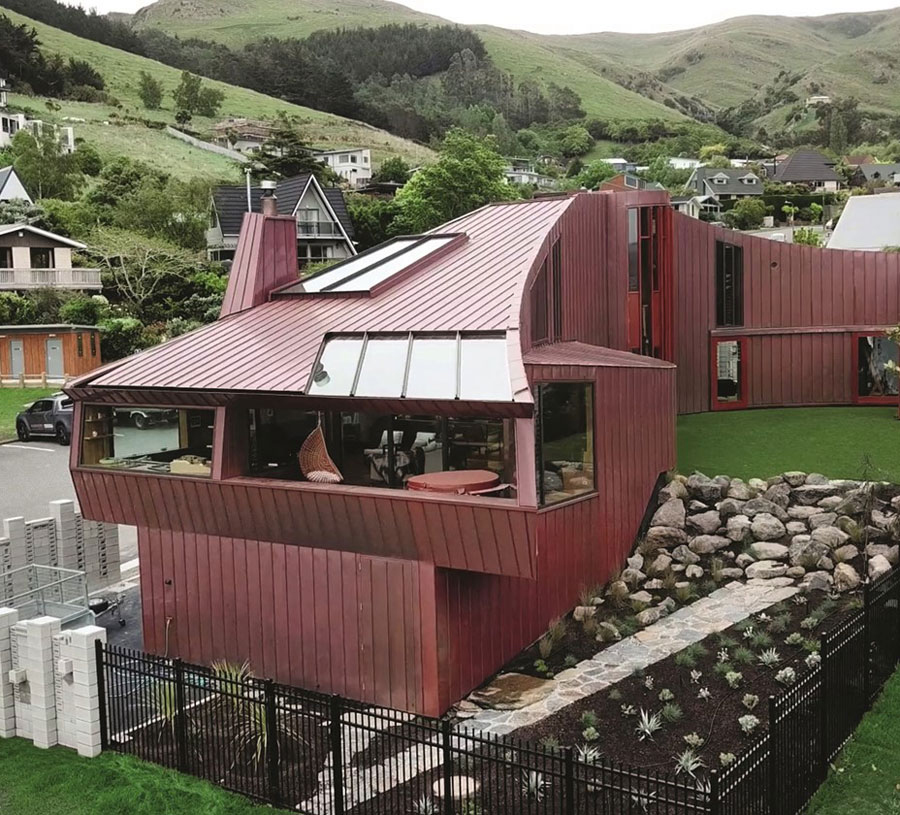 Along with several other awards on the night for their entries, Clive Barrington Construction was also awarded the McKenzie & Willis Interior Design Award at the Canterbury House of the Year event for their unconventional but spectacular new build in Cass Bay, Christchurch. This home was rated in the top 100 nationally so will now proceed to the National House of the Year Awards.

We caught up with David Walker & Andrew Walker (Operations Manager and General Manager of Clive Barrington Construction) to fill us in on the details of this extraordinary build.

Without a conventional straight wall in sight, this home is the epitome of innovative design & exceptional craftsmanship. You may remember it from a Grand Designs episode in 2020, and a ‘Grand Design’ it certainly is! Designed by Michael O’Sullivan of B/OS Architecture, it required a highly skilled and inventive building team to bring it to fruition. With extensive experience in a wide range of complex architectural builds and a willingness to push the boundaries of their craft, Clive Barrington Construction was the perfect candidate for the job. 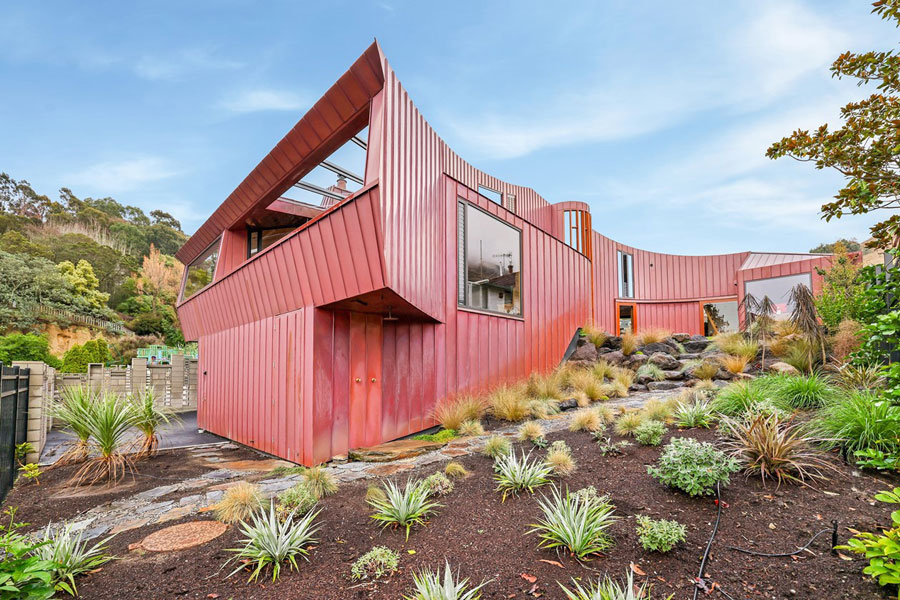 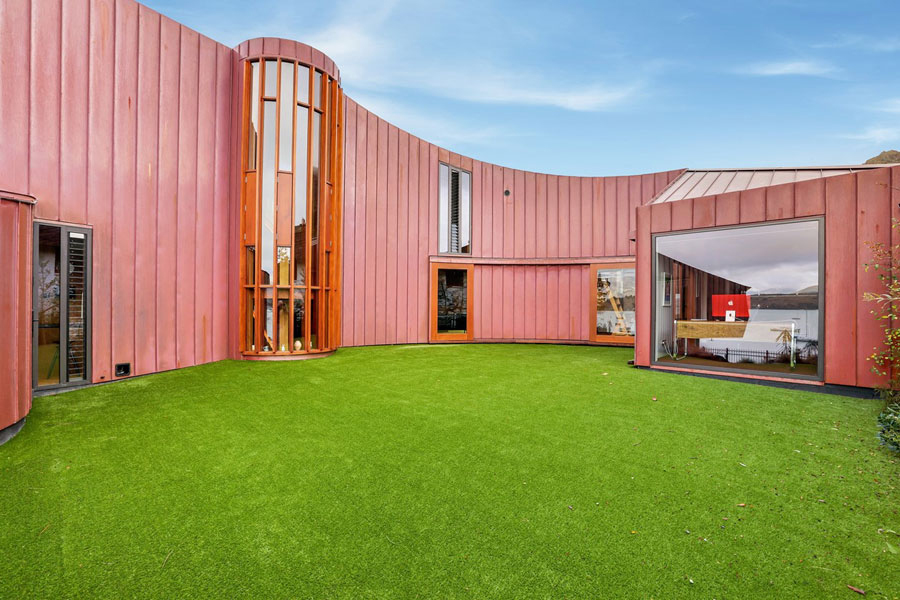 This home began life as series of watercolour paintings. A typical approach? No. Brilliant? Absolutely. It gave the architect the freedom to explore the forms of the building without the usual constrictions of a computer or in fact pen and paper. There was an inherent fluidity to the design, which informed and eventually extended to the whole building process. Due to the complexity of the home, many of the finer details couldn’t be finalized until further along in the build. “There were simply too many creative architectural elements for it all be documented” says David.

Rather than deter the team, Clive Barrington Construction saw this as a unique and enjoyable challenge they could sink their teeth into. David explains that the team had to be adept at thinking on the fly, using their specialist skills to come up with unique solutions. “Michael had an impressive way of thinking. His ideas were certainly outside the box, requiring an innovative approach from the team.”

Nothing about this build was stock standard. Every architectural junction had a special detail, every stud was hand cut and nearly every interior element custom made. Sweeping curves and unusual radiuses provided plenty of challenges while giving the home its character. Using American Oak, Clive Barrington Construction created bespoke built in furniture, lined the walls and laid the parquet flooring, cementing their commitment to craftsmanship at every step of the way. “The sophisticated and nuanced details of this home meant there was no room for error. Every millimeter counted, requiring a high level of carpentry and skill’ says David. 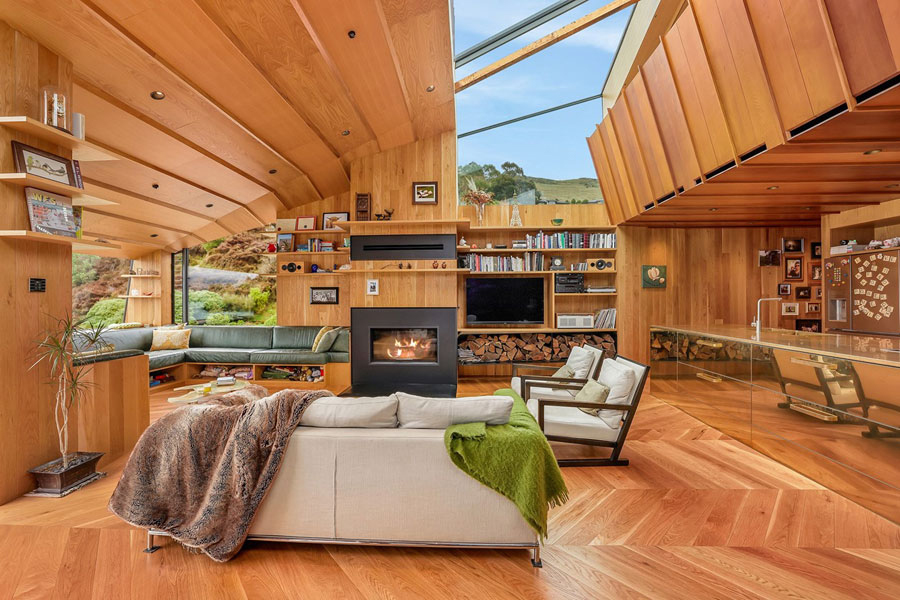 Perhaps the most defining feature of the home is the wrap around copper cladding. Originally specified as timber by the architect, it was later changed to copper. The result is a unique, eye-catching cladding which perfectly complements the curved form of the home. Over time it will also take on a beautiful patina. Clive Barrington subcontracted the job out to The Architectural Roofing Company (TARC) whose team has an exceptional degree of technical knowledge. Due to the shape of the home, every single tray needed to be custom made and a high level of care was essential. David points out that having brave subcontractors willing to take on unusual challenges was a crucial aspect to the success of the build “We are lucky to work with the best subcontractors. They all came together to pull off this incredible build.’

It certainly also helped that there was great relationship between the Clive Barrington Construction team and the architect. There was a constant stream of communication between the two as they worked through the vast details of the build. Not a day would go by without a chat between the two. The clients were also very involved, showing great enthusiasm for every aspect of the build. They even had an office set up on site allowing them to be involved in day-to-day decisions. Along with the technical craftsmanship involved in the build, it was the relationships formed that David loved most about the project “I remember towards the completion of the build, seeing our team of seven sitting on the couch enjoying a drink with the owners. There was real sense of comradeship and joint investment in the project. I know my team will forever be grateful for that relationship and look back on everything they have achieved for years to come.’

The team here at McKenzie & Willis were very impressed with the high calibre of entries and offer huge congratulations to all the winners who took home awards from the evening. We wish Clive Barrington Construction the very best of luck at the National House of the Year Awards. To see the full list of winners visit the Registered Masterbuilders House of the Year website.