A not so little piece of Christchurch’s history now covers the laneway wall between SALT Square and St Asaph Street. The city’s latest piece of street art is an impressive 40 metres long, celebrating the area and the businesses that collectively contributed to its past. As one of those businesses, McKenzie & Willis were delighted when we were approached by street art collective Oi YOU! and asked to be involved. 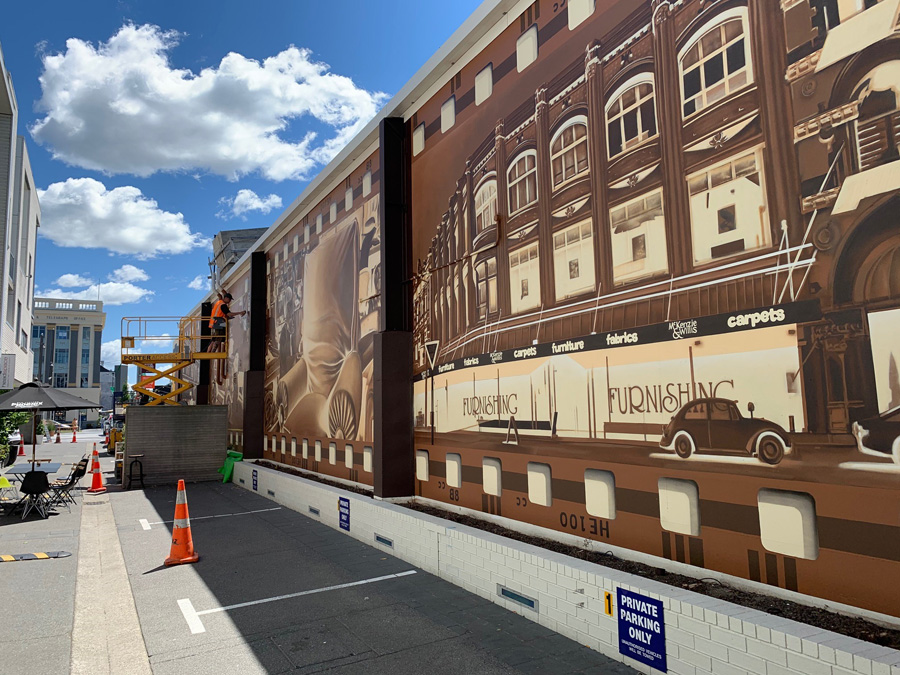 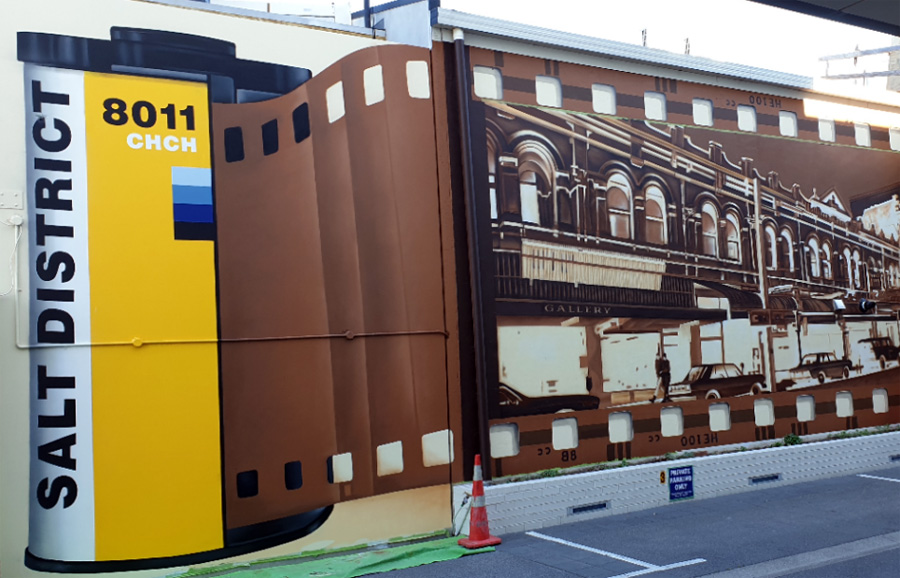 The truly unique artwork was painted by street artist Dcypher, with help from Jacob Yikes and Ikarus. The idea was to “wow people” and really show how creative the area is. It features historical images that have been inverted and painted in sepia tones, some of which were dug up from the McKenzie & Willis archive. The concept of the mural stemmed from traditional film processing. Take a snap on your smart phone and using your camera settings invert it to see it develop on your screen. With the right app you can also mix it up with different colour combinations. 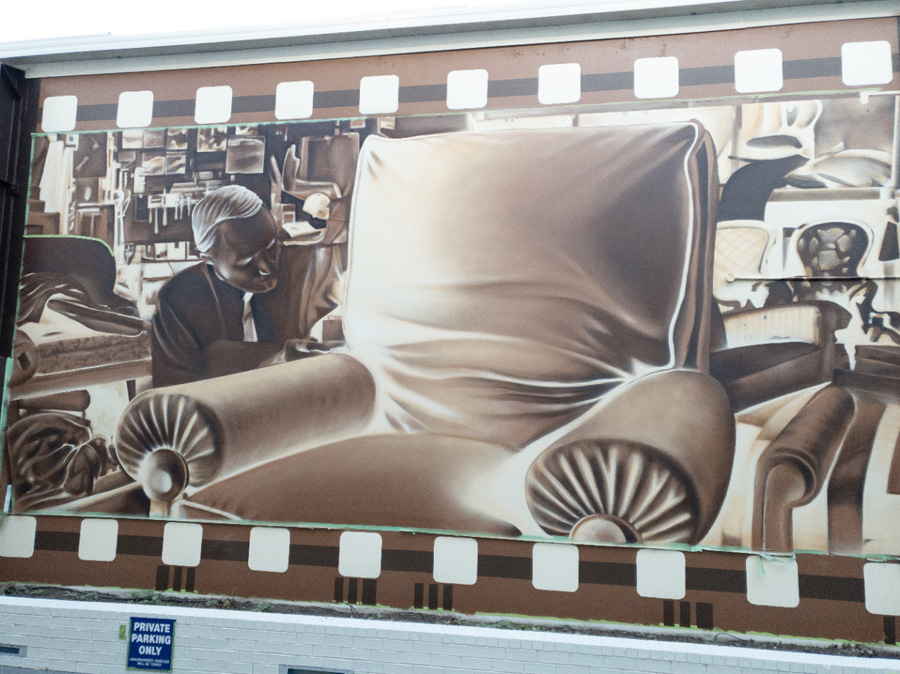 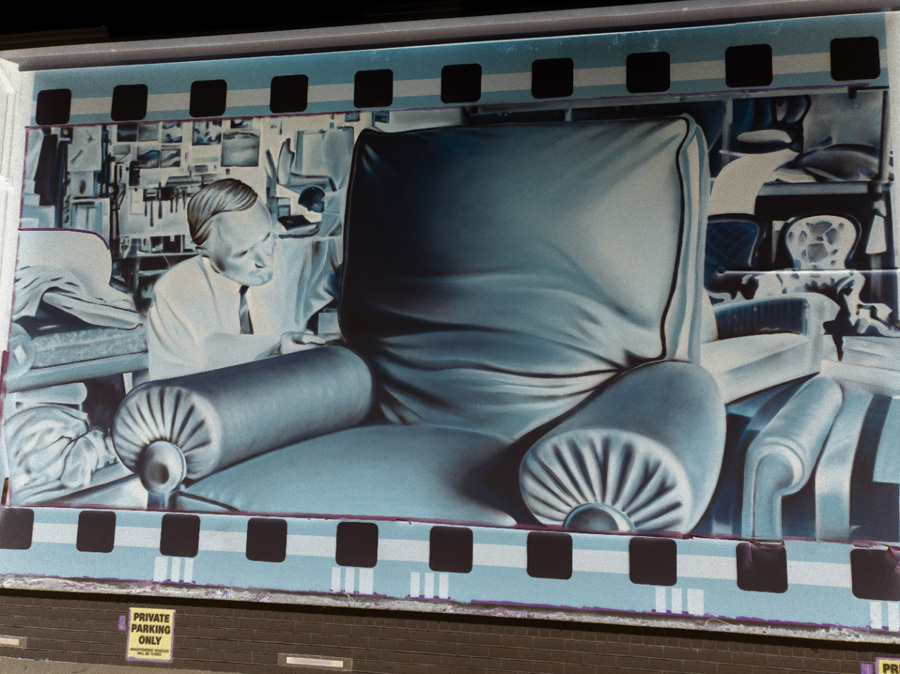 The name SALT is not only an acronym for St Asaph, Lichfield and Tuam but also alludes to the district being “south alternative”. It is an area that has a very rich history, including being home to the city’s first freshwater well, New Zealand’s first escalator and an early music playing machine which was certified by Thomas Edison. It is also where many of the city’s trams and early cars were made.

Although McKenzie & Willis was formed in 1906, our ties to SALT district date back to 1980 when we acquired local furnishing retailer A J Whites in the area. After a substantial refurbishment, the building located on the corner of Tuam and High Streets became McKenzie & Willis’s most iconic showroom. 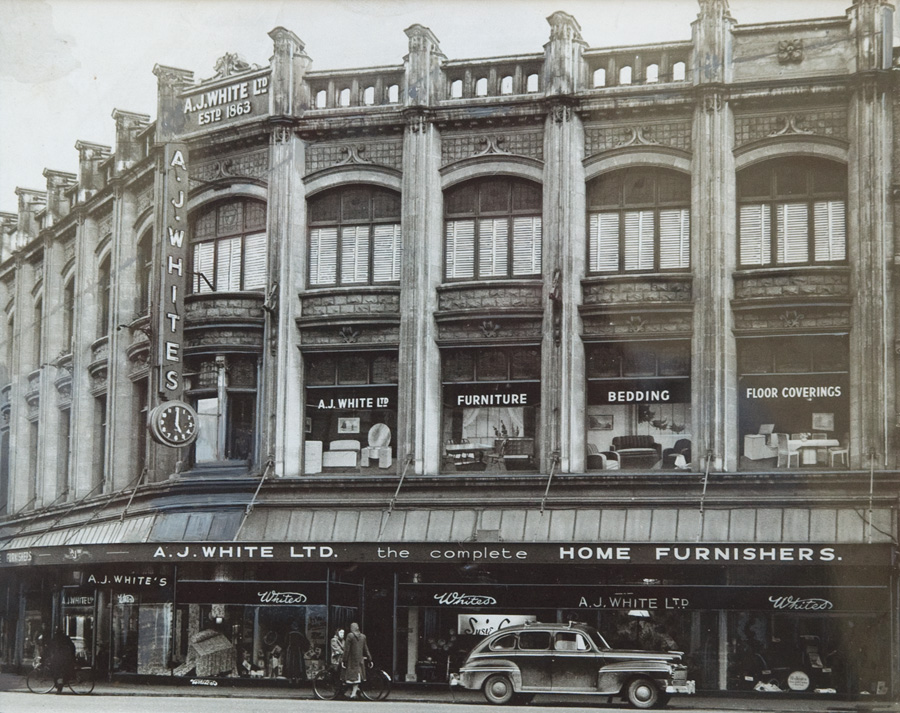 The Christchurch Earthquake on February 22nd forced a moved to our current location at 181 Blenheim Road where we are currently in the final stages of an extensive renovation. This renovation will see a transformation into an exciting new design store which we hope will become as renowned as our High Street showroom! 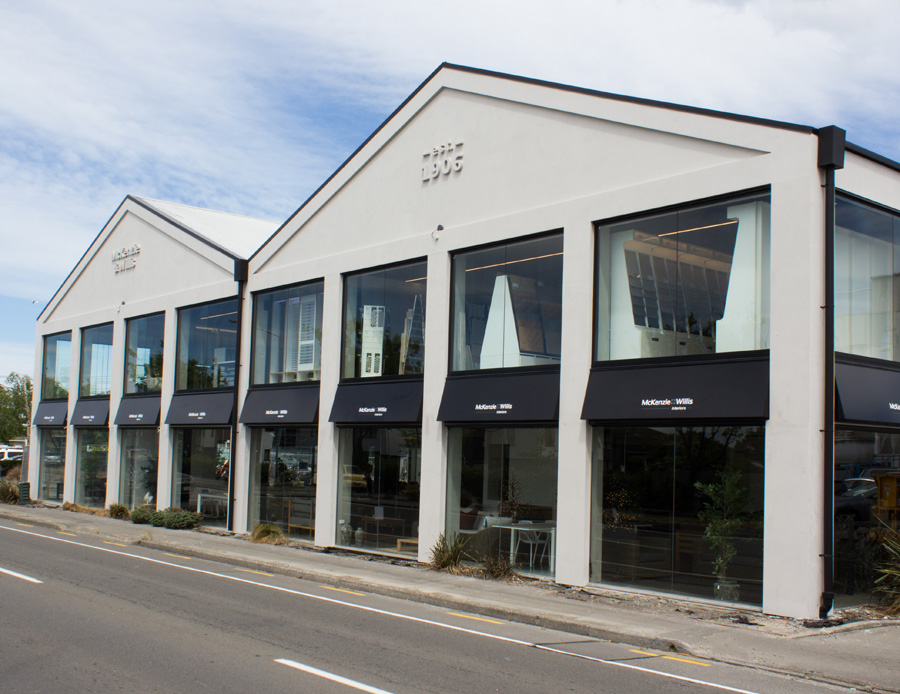 Here at McKenzie & Willis we are very proud to celebrate our connection to the old SALT district, which played such an important part in the business development of our great city. We look forward to watching the area evolve with new life again, and into the future.

Thank you for joining our database.